Every year, the Dolores Olmedo Museum, in Mexico City, prepares an “Ofrenda de Muertos” (Offering to the dead), which is always been considered artistic, because it rescues the tradition of the altars of the dead, as well as it provides a tribute to craftsmanship of Mexico, due to the great job of the artisans who make the altar. This is a photo of some candles at the Ofrenda de Muertos. It’s just a small detail because the Offering occupies more than one room.

The Offering to the dead remains at the Museum from October 28 to January 4, and every year is different.

It is also organize a Costume contest of the Calavera Catrina, a female skull figure created by Jose Guadalupe Posada, a Mexican engraver, illustrator and cartoonist. There’s a money prize for the best costume.

These activities at the Museum connect different people who enjoy participating in the costume contest and other activities made for the occasion, as well as admiring the Ofrenda de Muertos.

To view some costumes of the previous years, I linked this flickr site of the Museum about the 2012 contest. 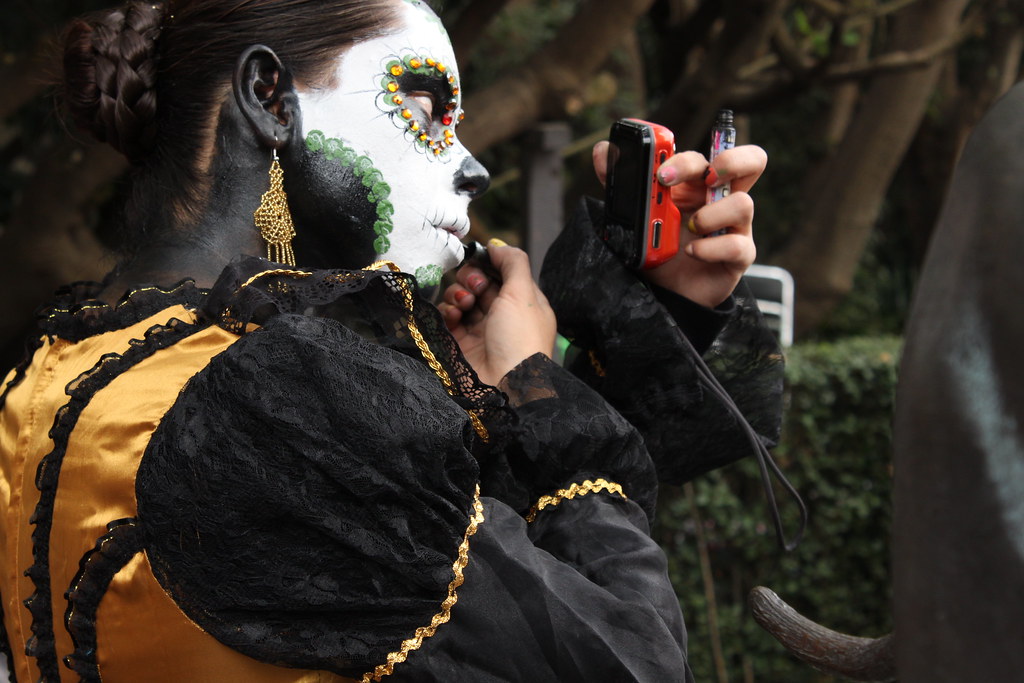 The link of the Museum is http://www.museodoloresolmedo.org.mx/

Unauthorized use and/or duplication of this photographic material without express and written permission from this blog’s author and owner is strictly prohibited. Excerpts and links may be used, provided that full and clear credit is given to Marianne Gonzalez Vergara/mariannegv.wordpress.com and Exploring the World. Photography, Travel, Art with appropriate and specific direction to the original content.

My explorations around the world in photos

Search inside the explorer’s photo album

sonofabeach96
GOURMAND
Around the world in 80 cuisines

My quest to cook four meals from every region in the world!

The Art and Craft of Blogging

It's all about light and shadows

a photographer's view to the world - a traveler's blog

Sketchbook adventures with David A Sutton

The real Italy, as seen from the heart

Photography, fiction, humor, opinions, and whatever else I feel like posting

allkindsofblood
A Farm, A Forest and Fizz

Nature notes from the Forest of Dean

The Darkroom Nerd
The Legion of Door Whores

...for those who appreciate doors...

Notes on Seeing, Reading & Writing, Living & Loving in The North

Photography from Pender Island and the Gulf Islands, British Columbia

A curated glimpse into a world of infinite beauty and creativity.

Home Is Where Our Stories Are Welcomed To Begin.

Photos on travel & nature with memories from the places visited.

Adventures in the United Arab Emirates & Beyond

When I grow up I wanna be a tourist

Photos from another Kiwi lost in London